A Japanese Buddhist temple tucked away in Kaneohe

I stand there with my shoes off staring up at the Buddah, the zenith of the Byodo-in Temple grounds and structure. There were two piles of incense sticks on either end of a table placed beside two candles. I pick up an incense stick and unlatch the glass door of a lantern holding a candle. Before I opened the door, I realized I didn’t understand the cultural context of what I was about to do. I put the incense stick back and reflected on what burning incense means in my faith.  My friend Candice taught me what she knew about Buddhism. She inspired me to learn more about the subject which led me to an interesting academic journal. Jump to the bottom to read more about what I learned.

The history of the Byodo-in Temple

According to the informational plaque on the grounds, the Byodo-in temple was built to replicate the Byodoin temple in Japan. According to the Byodoin Temple website in Japan, “In 1052, Byodoin Temple was built by the Regent, Fujiwara no Yorimichi by rebuilding the villa, given by his father, Michinaga… The building and statutes created about 1,000 years ago have been passed down to this day and are registered as a World Heritage Site.” 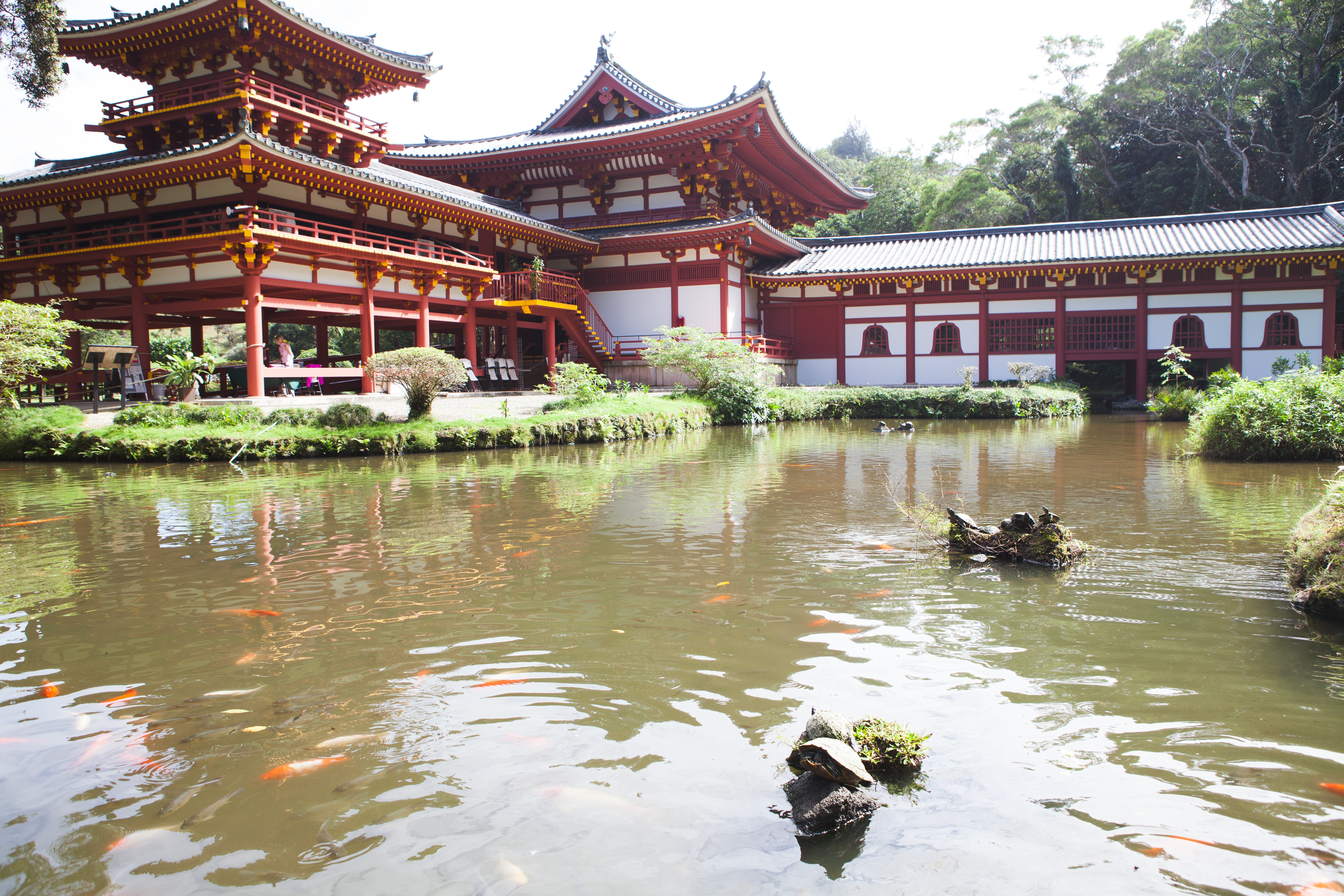 A koi pond surrounds the structure. Hundreds of orange fish share the water with turtles that sun themselves on rocks jutting out of the water. You can feed the fish food pellets available at the gift shop. They ask you to not feed the koi bread since it is harmful to them. There are a couple black swans that make their home here. This one was bathing in the upper pool that feeds the pond. The grounds have a peaceful and serene feeling to them. 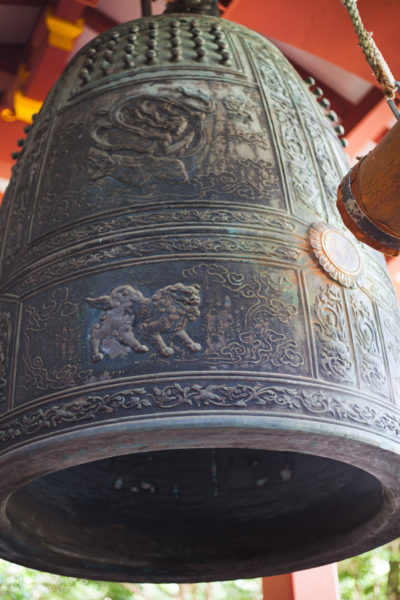 Visitors pull the rope attached to the log and let it go to ring the bell. David Glen Mick from the McIntire School of Commerce at the University of Virginia said the Buddhist framework is known as the Three Marks of Existence. Mick said the first mark in the framework maintains that an assortment of attachments and dependencies (to our bodies, families, possessions, beliefs, attitudes, etc.) causes physical, psychological, or societal suffering.   The second mark is impermanence, as all things constantly change, deteriorate, and pass away.  The third mark is non-self, indicating that no person is a fully independent and unique being.”

His article connects the first mark of existence to consumer patterns today.
He said, “Consumers’ days of profuse comparisons, energized by the raucously competitive marketplace, make up a life in which people often want conditions to be different than they are.”  He said this comparison process, and wanting things to be different from how they are, is considered suffering in Buddhist psychology.

Mick said, “My hope is that a consideration of non-Western ideas such as Buddhist psychology can lead us to see the nature and extent of consumer behavior in a new light, one that offers a different understanding of suffering, gratitude, freedom, and joy through consumption.” To read more of his scientific abstract, click here.

The Temple opens at 8:30 pm and closes at 4:45 pm. Admission for adults and teens is $5. Seniors is $4, and children is $2. Kama ‘aina rates are available if you bring your state issued ID. 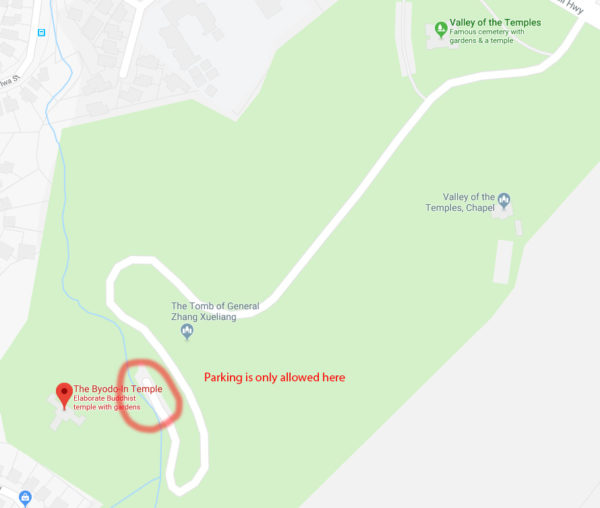 Come early to make sure to get a parking space. Visitors must drive through a cemetary to get to the temple and they don’t allow parking for the temple on the side of the road. We left the temple close to noon and there were cars waiting to pull into our spot when we left.